Let’s do some simple math.

So there you go, I guess the President is right after all. The solution to our deficit problem is so simple: take ALL of the income of the “wealthy” above $200,000 per year (in addition to the taxes they already pay on the amount below $200,000 which would effectively be an 83% total (not marginal) tax rate).  I guess “fair share” or “shared burden” is code for “no one should make more than $200,000 per year”.

And just to disabuse anyone of the notion that corporations are where the real money is: the combined income of everyone making more than $200,000 per year exceeds the combined income of EVERY corporation in the country ($2 Trillion vs $1.2 Trillion – and no I’m not double counting, these are C-Corporations only). Indeed, the combined AGI of every US Citizen is $7.5 Trillion vs only $1.2 Trillion for every corporation. Why is individual income so much more than corporate income? Payroll is the single biggest expense for corporations. Median profit is only 5% of revenue whereas Payroll is 18%. That’s right, companies pay more to their workers in salaries than the company itself retains as profits.

So what is my point? Obviously I’m not actually advocating 83% absolute tax rates on the “wealthy” (hopefully I haven’t given the Democrats any ideas!) My point is that spending is the problem, not revenue. Even returning to the much-touted “Clinton era” tax rates would not even begin to make a dent in the federal deficit. The rate of increase in the federal budget from 1980-2000 was a consistent $60 billion/year, but starting in 2001 the rate of increase jumped to $150 billion/year and in 2009 jumped even further to $240 billion/year. Clearly Bush got us off course spending wise and Obama has made it that much worse. 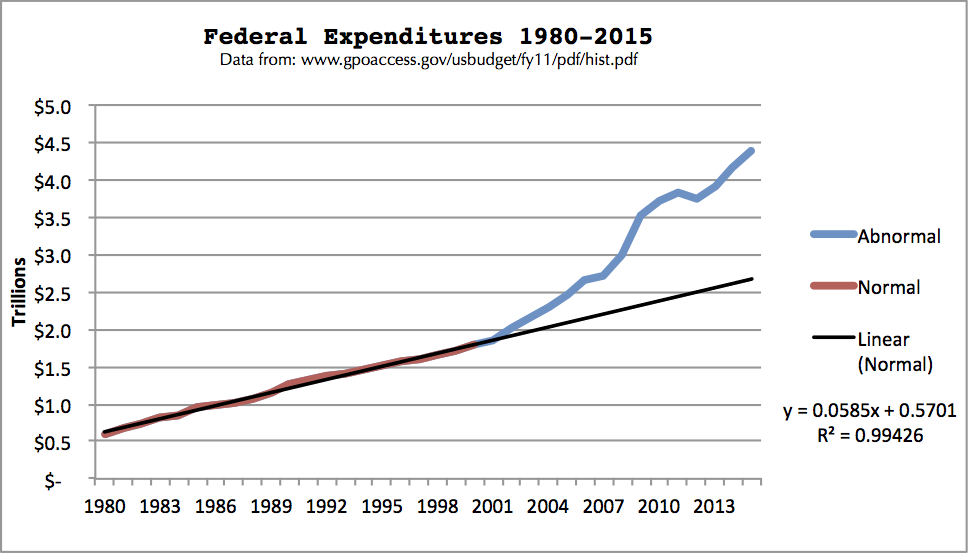 If we were to return Federal spending to the 20 year trajectory it was on when we got off course in 2001 the Federal Budget for 2011 would be a “mere” $2.4 Trillion. That’s right, we’d actually be in surplus EVEN with the Bush tax cuts. For a detailed outline of how this could be achieved please see this Reason article. The Cliff notes version is this: no sacred cows, EVERYTHING (defense, social security, Medicare, entitlements, etc) must be cut.

All values obtained at: www.irs.gov/taxstats/ and are for the latest years with available data.